Got my first music man a couple months ago and am in the process of fixing her up.
This website has been a great resource.

Of the two speakers only one appears to be a music man speaker, the sticker isn’t on it. Has anyone else seen these square back eminences without the music man sticker on it?
It’s codes read:
A-12-ghd-6-7918

My other speakers blown, so I’ll have to replace it. Looking for suggestions!! Was recommended greenbacks.

I’ve replaced the caps on the board and gonna replace the power caps in a day or so. Haven’t seen any writing on the boards to suggest a date like others have suggested.

It has the 12ax7. There is a paper stapled to the inside of the cabinet with a tube diagram. It shows that you can have either 6l6’s/el34s in them. I know there’s discussion about what came stock, el34’s vs 6l6’s. There’s el34s in her at the moment, I ordered a fresh set of matched quads jjel34s to put in.

I’m also missing the Music Man badge unfortunately. Which badge would I be looking for? When did music man reverse the colors?

Edit: I’m adding more pictures since I changed out the power caps today. I could probably find a cap list if anyone is interested 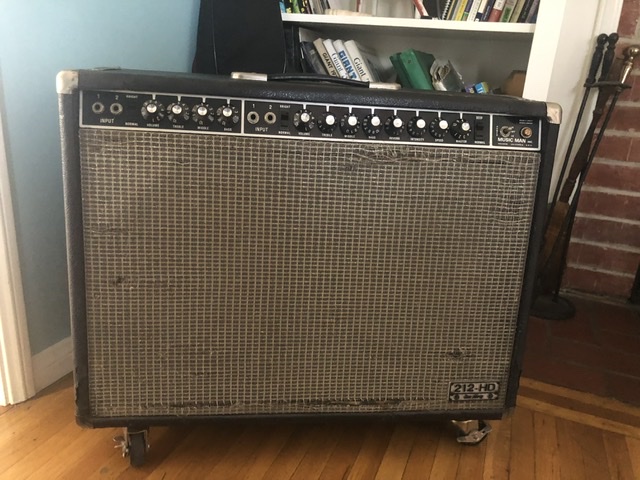 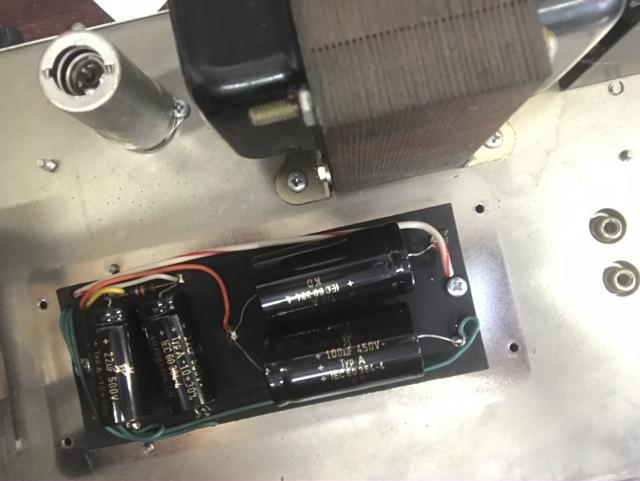 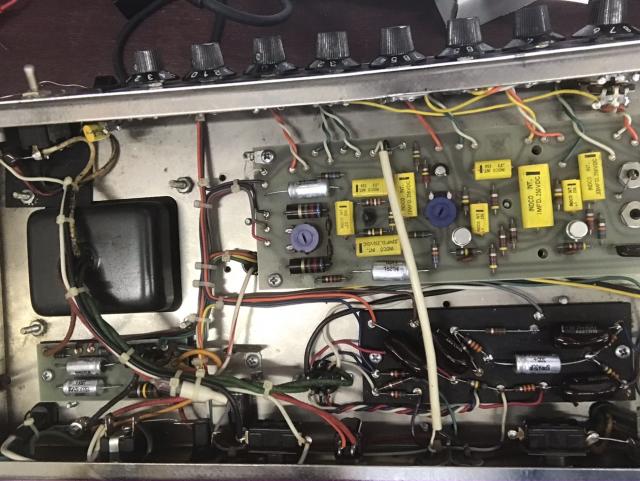 your amp is a 1st generation 130 reverb design so 1976 sounds reasonable.
Made for EL34 or 6CA7, not 6L6. I would suggest having the blown speaker reconed.